Home
general
Understand the Differences between Tor Browser and a VPN

Privacy has become a critical issue in today’s world. This is especially due to the ever-increasing ISP and government monitoring. These and even other bodies can always see what you do when connected to the internet if you do not use the right precautionary measures. Two of the best tools for online privacy are Virtual Private Networks (VPNs) and Tor. Though they are very common in some ways, the two have huge differences that make them suited to different uses. And in case you need maximum privacy and anonymity, you can even use both! So what is the difference between Tor browser and a VPN?

VPN is a technology that protects your privacy by redirecting your internet traffic from your ISP to a VPN server of choice. First, a VPN encrypts the traffic and then securely tunnels it to the select server. From there, you no longer access the internet through your ISP’s server, but through the new VPN server.

Basically, in terms of privacy, a VPN just shifts your trust from one party to another. VPNs however aren’t all the same. Each VPN functions differently, and not many can offer the privacy that you seek. Some VPNs tend to keep logs of your activities and even most of those that don’t log your activities keep certain metadata such as the time of connection, source IP address, etc. For maximum privacy, it is therefore important to select a VPN that keeps no logs at all, and the best example is NordVPN.

Tor is short for The Onion Ring. The technology is similar to VPNs in that it involves encryption right from your device. However, the Tor browser should never be confused with a browser with an inbuilt VPN because it works in a very different way. While VPNs are great for providing privacy, Tor browser majors on anonymity.

The Tor browser encrypts your messages in multiple rings, and hence the name “Onion.” This message is then routed through three different nodes: The Guard Node, the Middle Node, and the Exit Node. The encryption starts in the reverse order.

Step 1: When the traffic is sent to the Guard Node, this node can see the source, but it can’t see the message because it’s encrypted. Some of the decryption is performed at this stage, but it can only reveal the address of the next node, not more.

Step 2: The Middle node can’t see the real source of the message, and neither can it see the message. Its decryption however reveals the address of the Exit node.

Step 3: The Exit node decrypts the message fully, and it can now be read. However, it can’t tell the real source of the message. This node directs the message to the destination. Through this process, anonymity is achieved.

Full Message Encryption: Before any message leaves your device, it is fully encrypted. Top VPNs use the AES 256-bit standard, a technology that can’t be breached by any third-party. Such encryption means that anybody between your device and the VPN server, e.g., your ISP or hackers, can’t make sense of the sent data.

Privacy: VPNs provide privacy by concealing your real IP address. Whenever you connect to a server, you get a new IP address belonging to the region where the server is collected. Whenever you access the internet, your activities won’t be traced back to you.

Select a Specific Server: Top VPNs usually have servers all over the world which you can just connect to. This allows you to do tasks such as unblocking specific content. This is unlike Tor where the nodes are selected by random.

Speed: While encryption almost always results in decreased speeds, you can get a negligible speed cut if you connect to a fast VPN and a server near you. When using Tor, you will undergo a considerable speed cut due to the increased nodes.

Putting all your trust in one entity: When using a VPN, your VPN provider can see access everything about you. Apart from creating an anonymous account, all you can do is hope that they do not keep your records or log your activities.

Varied Privacy & Security between VPNs: The amount of privacy and security you get ultimately depends on the VPN you choose. Some VPNs have better logging policies than others, and this standard applies across encryption standards, speeds, etc. You are therefore only as private as the VPN you choose, so you need to be careful with that.

Distributed Service: Tor doesn’t have any headquarters, corporate office, or the main server that can be attacked or monitored by governments. Most Tor servers are run by volunteer privacy advocates, and this makes it hard to shut down.

Nearly complete Anonymity: Tor provides more anonymity than even the best VPN. No one can know what traffic comes from where, and this makes it more reliable for anonymity than VPNs.

Slow: Tor traffic goes through three servers in different geographical regions, and traffic is encrypted and decrypted at least three times. This results in a huge decrease in speeds, making it difficult to stream or download on the network.

Exit Node Monitoring: Since the Tor network is run by volunteers, anyone can do it. This includes malicious individuals, as well as the NSA! A malicious operator running the exit node can read your content if you send it through your regular HTTP unencrypted connection (which you shouldn’t be doing anyway.) Fortunately, they can’t trace the content back to you, unless you have provided personally identifiable information in it.

Which one: VPN or Tor?

So both the Tor browser and VPN involve encrypting your data and concealing your identity, but which one is better, or when should you choose one?
Well, VPNs and Tor are best suited for different purposes, and it all depends on what you want to accomplish. For example, you can’t torrent over Tor, but the best VPNs allow you to do that.

Here’s a table comparing the two:

When should I choose VPN over Tor or Vice Versa?

In most cases, you won’t even need Tor! The browser is only useful when you want to access the deep web or the dark web for whatever reason. The other situation is when the stakes for doing something are very high. An example is if you want to blow the whistle on something concerning the government, which can land you in trouble.

A VPN, on the other hand, is very useful in day to day tasks such as concealing your online activities, unblocking restricted content, torrenting, overcoming censorships, etc. Choosing your VPN is however the key to all these, and the best VPN for maximum privacy is NordVPN. The VPN is based in Panama, a country that promotes digital privacy. It however doesn’t have any servers there, to further make it difficult for any entity trying to obtain information through a court order. Even if successful at their request, you won’t have to worry as NordVPN doesn’t store any data on users, and they allow you to register anonymously and pay via Bitcoin. The VPN has 5000+ servers across 62 countries, which helps you ensure the best speeds and access to any location.

In case you need maximum privacy and anonymity, NordVPN provides a feature known as Onion over VPN that routes your traffic from the VPN to the Tor network if your speeds allow you to use it.

Both Tor and VPN are very good at providing privacy and security. Tor can be useful if you are dealing with ultra-sensitive information that can lead to life-threatening situations, and if you won’t mind the speeds. However, a private, secure, and reliable VPN like NordVPN is far more practical one. It is the best solution for the majority of internet users as it provides a superb balance between privacy, security, and speeds. It will also secure your whole device traffic such that you won’t have to worry about any of your online activities. 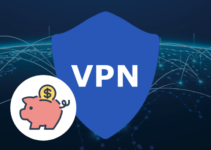 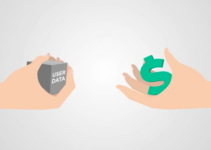 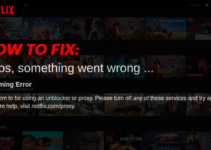